Jimi w Leonard Nimoy, a photo by Doctor Noe on Flickr.Noel Redding, left, Leonard Nimoy, center, and Jimi Hendrix,second from right, in Ohio not long before the guitar hero’s death in 1970.

This is about the meeting between the great Yiddishist, Leonard Nimoy aka Spock and the Master of the Stratocaster, Yiddel Mitt'n Fiedel aka Jimi Hendrix.

I've had this pic in my collection for some time, given to me by ace Hendrix historian David Pearcy. It chronicles a meeting in Cleveland on March 26th, 1968. The night before Jimi was already in town and played at Otto's Grotto jamming with local band Good Earth. The Experience played two shows on the night of the 26th, and Leonard Nimoy was in attendance. Later on, they met at the club and talked for hours. They even continued on to Jimi's hotel room and talked again until 2 or 3 a.m.

The man who put these two giants together was Cleveland radio veteran Chuck Dunaway. Here's how he tells it in his memoir:

"Two days before the phone call from Joe, I had made a fashion-show appearance at Higbee's department store with Leonard Nimoy of "Star Trek" fame. The night before the fashion show, Jerry Hall, the local promotion man for Nimoy's label and an old friend from Texas, had arranged for the three of us to have dinner together, even though I had nothing to do with picking music for the station.

"Nimoy and I hit it off, talking politics for hours after dinner in his hotel room. At the fashion show, I told Nimoy of the Time magazine article. Leonard said he had heard of Hendrix, and decided to stay in Cleveland another day, joining me at the Hendrix 'impromptu' guest shot with the local band. So we met Jimi at the club that night and the three of us began talking politics. We were all on the same wavelength, wanting to see the end of the war in Vietnam."

Only recently, in an interview with the LA Times' Hero Complex blogger Geoff Boucher here.

"I was promoting a recording in Cleveland and [Chuck Dunaway says,] 'Hendrix is in the next room – he heard you were here and he wants to meet you.' I thought about it for a nanosecond, and I went to break some bread with him. He was a true genius – a great, great artist. A tragic end." 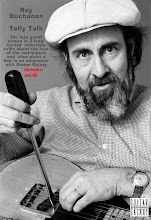 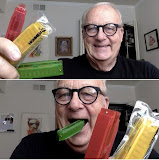